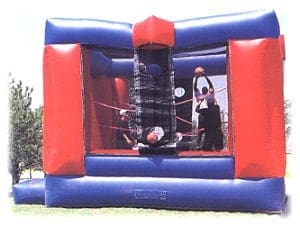 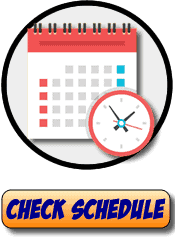 It’s half basketball, half handball. It’s totally challenging and nothing but fun. Texas Sumo’s Powerball game is played on an inflatable, screened-in, 15′ x 9′, two-sided court.

Two or four players may compete, trying to score points from either side of the court, by jumping and throwing a ball through tubes to the other side. If a ball makes it through and lands on the floor, a point is scored for the shooting team and the defense takes up the next serve.

Slamball is a fast-action game that will perk up any function. So power up and party on!